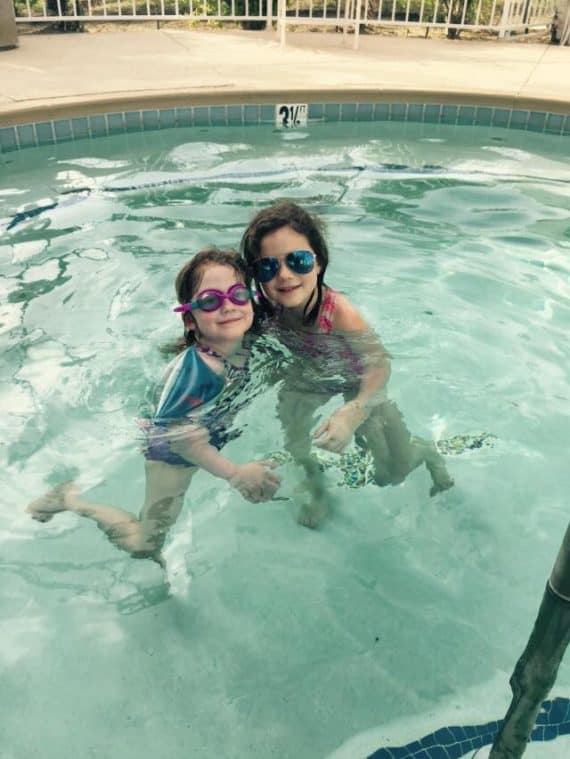 Last weekend I worked for an hour with my 5-year old trying to teach her to swim. She’s making progress, but isn’t ready to swim on her own yet. As I was recounting the story of this lesson to a friend and business partner, I realized just how much I had learned, as a leader, as I taught my daughter to swim.

A good leader needs to know when it’s the right time to take the floaties off
Your people will never learn to lead on their own if they don’t have a chance to fail. You might be tempted to constantly protect them from failure because you don’t want them to get hurt. But doing so means they’ll never really accomplish anything either. The only way for them to be successful is if you let them learn to fail in a safe environment. And to do that, you’ve got to take the floaties off at some point.

You won’t teach a child to swim by putting them on your back and swimming for them
My daughter likes to pretend she’s swimming by holding onto the back of my neck and letting me swim for the both of us. It’s fun for her, and honestly, it’s easier for me than standing there coaching her to swim on her own. If I just do it for both of us it’ll get done faster and better.

That’s a trap that leaders fall into as well. I can’t tell you the number of times I’ve said something like, “I’ll just do it myself — it’ll be quicker than if I were to teach someone else to do it.” There are two major problems with that line of thinking. First, it robs your people of the opportunity to learn. And second, it forces you to do work that is below your level, so you aren’t growing or maximizing your impact either.

Great swim instructors don’t just throw students in the pool and tell them to figure it out
When I started teaching my daughter to swim I didn’t just stand on the side of the pool, kick her into the water, and tell her to figure it out. Not only could she really get hurt, but if I did that, she’d never trust me again.

The same is true for your people. When you set out to teach someone on your team anything new, you can’t just throw them into the situation and tell them to figure it out. Actually, you can. And so many bad leaders do just that. The results are clear. Many people get frustrated, feel unsupported, and many leave their organizations because of it.

With my daughter, I got into the water with her, told her what I wanted her to do, and as she swam across the pool I walked alongside her coaching her, correcting her form, and encouraging her. When she got to the other side I’d celebrate her success with her and talk about what she did well and what she needed to change for the next time.

As you’re teaching your people, I’d encourage you to adopt a similar approach. It sounds time consuming. And it is, to a point. But if you set your people up for success from the start by actively coaching, guiding, correcting, and celebrating them, they’ll learn the tasks at hand and develop a level of self-reliance that will serve them and you well in the future.

At some point, you’ve got to let go, even if there’s a chance they’ll sink
As my daughter began to swim, I would back away from her slightly. The first few times I did this she screamed out, “keep your hand on me!” She was scared that she’d sink, and knew that if I had a hand on her, she’d be safe. But I knew that if I kept my hand on her the entire time, she’d learn to rely on that instead of relying on her own skills and resilience.

Similarly, at some point you need to let go too. You’ve got to give your people the space to get their work done in a way that works for them. As long as you’re setting the vision and the assignment expectations, beyond that you should let them do things on their own. They might not do things exactly as you would have. They might even fail. As they attempt, fail, correct, and succeed, that is where they’ll learn. If you never let go, they’ll never have the chance.