Interview with Clint Hurdle, Manager of the Pittsburgh Pirates

In this episode of the L3 Leadership Podcast, Doug Smith interviews Clint Hurdle, Manager of the Pittsburgh Pirates. They talk about Clint’s favorite moment as the Pirates manager, coaching, leadership, faith, family, and more! 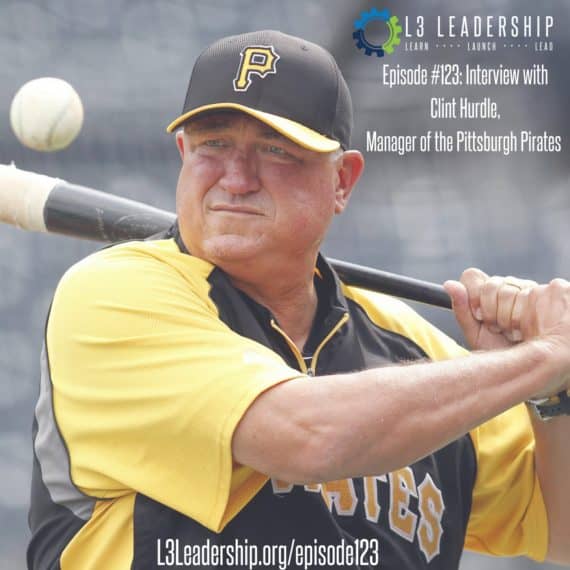 PERSONAL: Clinton Merrick Hurdle…Wife’s name is Karla…Has three children; daughter Ashley (7/18/85) lives in San Francisco, daughter Madison (8/7/02) and son Christian (11/15/04)…Is the Prader-Willi national spokesperson, an organization that raises awareness for Prader-Willi Syndrome, a complex genetic disorder his daughter Madison was born with; Prader-Willi affects about one in every 12,000 people and is caused by the deletion of part of an individual’s 15th chromosome (check out www.pwsausa. org for more information)…Is a 1975 graduate of Merritt Island (FL) High School, where he lettered in baseball, football and basketball…Batted .567 with four homers and 25 RBI in 24 games during his senior year while earning AllState and All-American honors…Was also a quarterback and signed a letter of intent to attend the University of Miami (FL), but chose to sign with Kansas City after the Royals selected him in the first round of the 1975 June draft…Spent second half of the 2009 season as an analyst on the MLB Network…Has been ejected 45 times in his career as a manager (24 times with the Pirates); also three times as a coach and once as a player…Was inducted into the Florida State League Hall-of-Fame in 2011… Supports countless community efforts in Pittsburgh and throughout the country, along with his wife Karla…Was named 2013 Manager-of-the-Year by the Pittsburgh Rotary Club and the 2013 Dapper Dan Man-of-the-Year, an award given annually since 1939 to a Pittsburgh sports fi gure in recognition of outstanding achievement on a national level…Had the baseball fi eld at Merritt Island High School dedicated in his name on 1/31/14…Received the Brooks Robinson Community Service Award from the MLBPAA on 11/18/14 for his dedication to young people across the country.

We use cookies to ensure that we give you the best experience on our website. If you continue to use this site we will assume that you are happy with it.Ok