#226: Putting a Dent in the Fatherless Epidemic with Ed Glover, Founder of Urban Impact

In this interview, you will hear our interview with Ed Glover, Founder of Urban Impact, on the work he is doing to put a dent in the fatherless epidemic in our world today.

In the interview, we talk about what why Ed created ManUp, why it’s important, his advice to dads, his encouragement to those who have had wounds that came from a fatherless situation, and how you can get involved with Urban Impact. 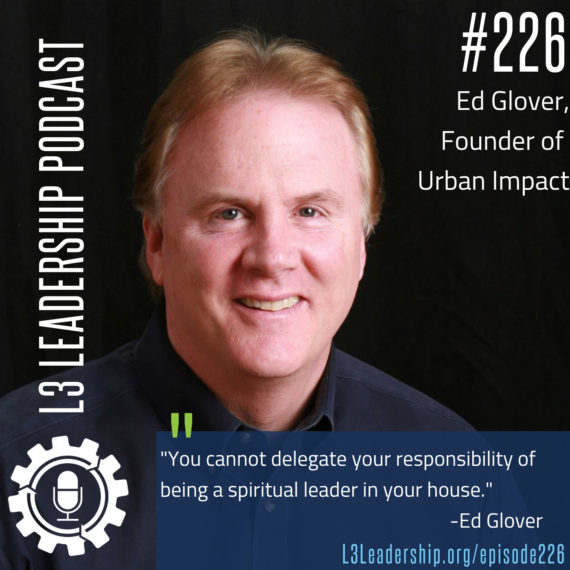 Rev. Dr. Ed Glover and his wife Tammy have passionately followed their calling to minister to the least, the last, and the lost in Pittsburgh’s urban North Side community for almost 30 years. Together they founded Urban Impact in 1995, after serving for almost a decade in youth ministry at Allegheny Center Alliance Church.

Rev. Glover is a leader, a visionary, an evangelist, and a motivational speaker.  In 2011, Pastor Ed received the prestigious Restoring Places Award at the Epoch Missions Gala in Atlanta, GA. In 2014, Urban Impact was also awarded the inaugural “True Inspiration Award” for the northeast region, from the Chick-fil-A Foundation for demonstrating “groundbreaking practices and visionary leadership” with an innovative education.

Pastor Ed also founded Global Impact USA six years prior to Urban Impact’s inception. Global Impact was an annual, one-day missions event that gave students the charge to respond to the call of God in their lives and put it into practice. For the next 24 years, he incited over 55,000 kids from 19 cities to participate in the Global Impact mission. As a result, this produced over 1,000 pastors and missionaries to serve around the world.

Today, Rev. Glover is a highly respected and sought-after speaker. He is regularly scheduled to speak at churches both locally and nationally. He currently serves as Associate Preacher and Director of Urban Missions at Christ Church at Grove Farm in Sewickley, PA.

Ed graduated from Lambuth University in Tennessee and received his Masters of Divinity from Alliance Theological Seminary in Nyack, NY. In 2001, Ed received an honorary doctorate from Toccoa Falls College for his work in the urban setting. In 2003, both Ed and Tammy were recipients of the Alumni of the Year Award for both the Alliance Theological Seminary and Nyack College.

Ed and Tammy continue to live on the North Side. They have four children, three daughters-in-law, and five grandchildren.