#151: Interview with Mike Tomlin, Coach of the Pittsburgh Steelers 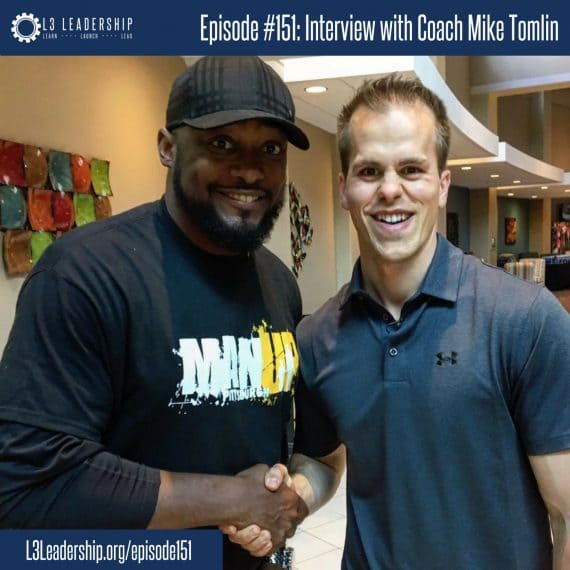 Mike Tomlin was named the 16th head coach in Pittsburgh Steelers history on January 22, 2007. Hired at the age of 34, Tomlin became only the third head coach hired by the Steelers since 1969.

Through nine seasons, Tomlin has accomplished many things that have never been done in the team’s storied history. His 92-52 regular-season record (.639) is the best start in franchise history, and he became the youngest head coach in NFL history to both coach in and win a Super Bowl when he led the Steelers to a 27-23 victory over the Arizona Cardinals in Super Bowl XLIII (26 years, 323 days). By winning the Super Bowl in only his second season as a head coach, he also became the fastest to win a Super Bowl title in Steelers history.
Connect with Mike: