220: Building on Failure, Creating Empowering Cultures, and Stewarding Your Leadership with Bobby Gruenewald, Founder of the YouVersion Bible App 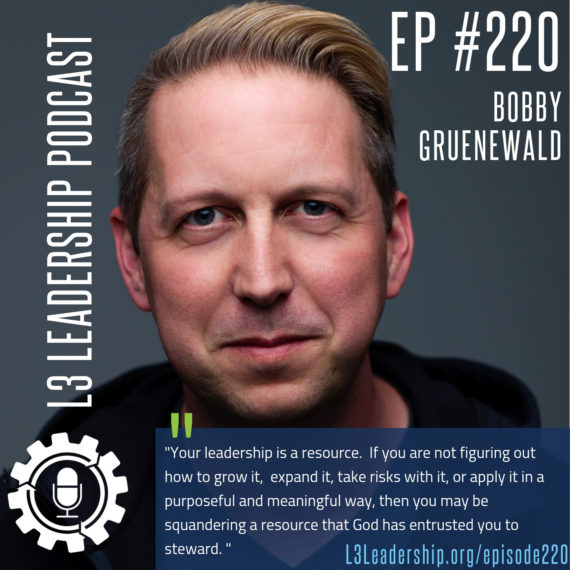 Bobby Gruenewald serves as Pastor, Innovation Leader at Life.Church and is the founder of the YouVersion Bible App, which has been installed on more than 365 million devices. As one of the leading voices in the Church on innovation and the use of technology, Gruenewald has been featured in The New York Times, TechCrunch, CNN, and more. Prior to joining the Life.Church team in 2001, he started and sold two technology companies as well as served in advisory capacities for various startups and venture capital funds. Gruenewald and his wife, Melissa, live in Edmond, Oklahoma with their four children.