#208: Carey Nieuwhof on Didn’t See it Coming: Overcoming the 7 Challenges that No One Expects and that Everyone Experiences

In this episode, you will hear Carey Nieuwhof discuss his new book, “Didn’t See it Coming: Overcoming the 7 Greatest Challenges That No One Expects and Everyone Experiences.”

For a transcription of this interview, go here! 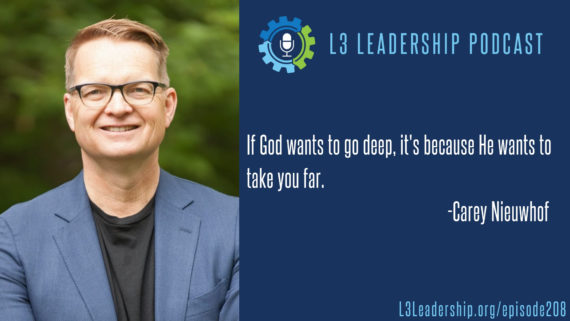 Carey is teaching and the founding pastor of Connexus Church and has been serving in ministry since 1995. He is our primary communicator on Sunday mornings, is passionate about leading people into a relationship with Christ. He served as Lead Pastor until 2015 when he transitioned to a teaching pastor role to focus more on communication and expanding Connexus’ broader ministry.  He is the author of several books, including his latest, Lasting Impact: 7 Powerful Conversations That Will Help Your Church Grow.

In his spare time, Carey speaks to church leaders around the world about leadership, change, and personal growth. He writes one of today’s most widely read church leadership blogs and hosts the top-rated Carey Nieuwhof Leadership Podcast where he interviews some of today’s best leaders.

He and his wife, Toni, live north of Barrie and have two grown sons.