Today, you’ll hear our Q&A with Bishop David Zubik at an event we recently hosted. You’ll hear Bishop Zubik share his thoughts on how unity can be possible across denominational lines, how to lead people with opposing views, how to impact the next generation, how to show people you’re living your faith, how to surround yourself with people who will be honest with you, and how we can pray for the Bishop. 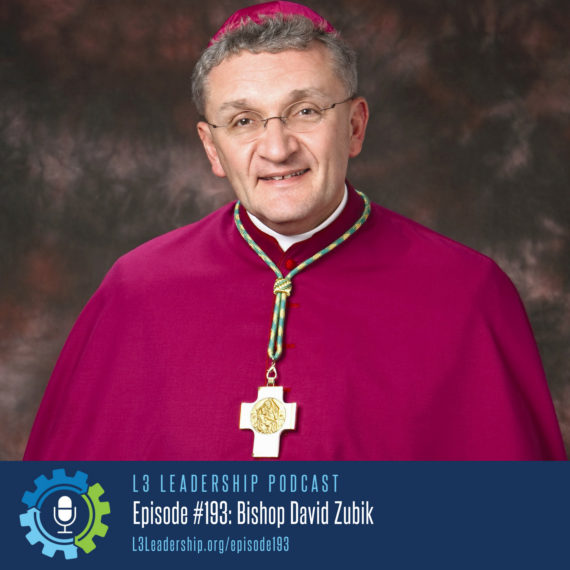 Bishop Zubik was ordained a priest on May 3, 1975, by Bishop Vincent M. Leonard at Saint Paul Cathedral in Pittsburgh. Bishop Zubik served as Parochial Vicar of Sacred Heart Parish, Shadyside, until 1980. He was then assigned as Vice Principal of Quigley Catholic High School in Baden as well as Chaplain to the Sisters of Saint Joseph Motherhouse and Chaplain to the students at Mount Gallitzin Academy. At the same time, he began graduate studies at Duquesne University where he earned a master’s degree in education administration in 1982. He served in the role of adjunct spiritual director at Saint Paul Seminary from 1984 through 1991 and associated spiritual director at Saint Vincent Seminary, Latrobe, from 1989 through 1996.

Bishop Zubik was consecrated a bishop on April 6, 1997, at Saint Paul Cathedral and was appointed an auxiliary bishop of the Diocese of Pittsburgh.